Sometimes you’re just in the mood for standalone story, am I right? Where you know by the end of the book, the hero will get the girl, the bad guy will get his comeuppance, and steamy times will be oh so satisfying!

That’s where my steamy standalones come in! Each one has a melt-your-heart hero, a sweet and saucy heroine and a guaranteed HEA! 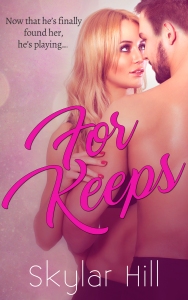 Lily Adler has a big problem: just weeks after moving in with her boyfriend, she finds him in bed with another woman! She’s washed her hands of the cheating jerk, but now she’s hard up for a place to live.

Enter Wes Cartwright, the guy who’s subletting the loft Lily’s slimeball ex convinced her to lease out. Ever since Wes adopted his infant niece, Dawn, his life’s been complicated. The sexy architect is trying to be the best Daddy he can be, but he’s out of his element with diapers and bouncy swings.

When he finds out Lily spent three years working as an au pair, he sees an opportunity and offers her a deal: They can share the apartment in exchange for help with Dawn and a crash course in Daddy 101 for Wes. Lily’s between jobs, and the last thing she wants to do is apartment hunt, so she agrees.

As Lily weaves herself into Wes and Dawn’s lives, he finds himself irresistibly drawn to the perky blonde and her optimistic spirit. Her killer curves don’t hurt, either. Falling for the nanny is such a cliché, but after Wes accidentally walks in on Lily in the shower, all bets are off.

Cliché or not, she will be his.

And he’s playing for keeps. 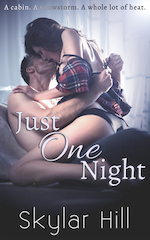